Resting majestically on Castle Rock, this remarkable eminence dates back to the 12th century. This compound is packed with things to see, from the Regimental and National War Museums, to the Mons Meg, a massive cannon acquired in the 15th century, to the Crown Jewels, which are the oldest in the British Isles. Edinburgh Castle is one terminus of the Royal Mile and is the gateway to the rest of the treasures in this section of the city.

Scottish antiques are on parade here after two museums, the Royal Scottish Museum and the National Museum of Scottish Antiquities, combined to make the National Museum of Scotland. Medieval artifacts are plentiful, but the curiosities are the real draw. A suit worn by Elton John, as well as a crude predecessor to the guillotine known as the Scottish Maiden, and the stuffed remains of Dolly the sheep, the first successful cloned mammal, are on display, providing an off­beat counterpoint to the historical treasures that occupy the rest of the museum. 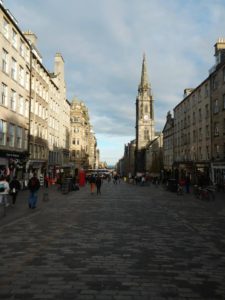 Old Town is where you’ll find the Royal Mile, although that name for it didn’t catch on until the 20th century. Starting at Edinburgh Castle and its volcanic rock bed, the Royal Mile runs down to Holyrood Palace, the official residence of the British monarchy, and passes many notable sites along the way. Adults can enjoy the Scotch Whiskey Experience, and families can stop through the Camera Obscura and World of Illusions and partake in its wondrous offerings. Stop by the Heart of Midlothian, a heart­shaped mosaic where the old prison used to be, where locals still occasionally spit on its center.

Doubling as tourist attraction and science center, the Royal Botanic Garden began as a garden for growing medicinal herbs and plants. Nowadays it houses thousands of living plant specimens, and millions of preserved specimens that reside in the herbarium. The garden is free to enter, and people enjoy walking through the many examples of flora from climates all over the world. To get into the glasshouses costs a small fee, but the tropical inhabitants are well worth the price.

This elegant ship served Queen Elizabeth II for 43 years before retiring to its current location. Now it is an exhibit, open to the public so that they can experience its splendor. The history aboard this ship is tangible. It carried the Queen, as well as American president Dwight D. Eisenhower, down the St. Lawrence Seaway when it first opened in 1954, and was the honeymoon vessel of Prince Charles and Diana. 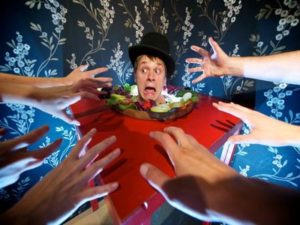 6: Camera Obscura and World of Illusions

On the Castle side of the Royal Mile, you’ll find this art and science museum, boasting six floors of interactive hands­on exhibits. Holograms, kaleidoscopes and optical illusions await to challenge your perceptions about the world around you. The Camera Obscura resides on the top floor, projecting real­time images of Edinburgh onto a viewing table that stuns viewers with its fascinating simplicity. Once you’ve seen all six floors, the Observatory at the top provides free telescopes for visitors to take in breathtaking panoramas of Old Town, New Town and Edinburgh Castle.

The logo for the Edinburgh Zoo is a king penguin joyfully sliding on its belly. This choice of logo has special meaning, because in 1914 the zoo received three kings penguins from a South Atlantic expedition. In 1919, a king penguin hatched in captivity, making this the first zoo in the world to keep and breed penguins. Catch the daily penguin parade, a tradition started by accident when several birds escaped from their pool, but which enjoys a huge amount of popularity today.

8: Palace of Holyroodhouse and Holyrood Abbey

The Holyrood Abbey was founded in 1128 by King David I as tribute to the holy miracle he is said to have experienced in the forest, when a cross appeared and startled a charging stag, thus saving his life. Today, all that remains of the Abbey are ruins, but they are exquisite. Next to the Abbey lies the Holyrood Palace, the official Edinburgh dwelling of the British monarchy. The chambers of Mary, Queen of Scots are still intact, including “the most famous room in Scotland,” her bedchamber, as well as the Outer Chamber where she witnessed her husband murder her Italian secretary.

This cathedral, also known as the High Kirk of Edinburgh, is instantly recognizable by its majestic crown spire. The building still functions as a church, with a local congregation that attends service every week. The vaulted ceilings of the interior create the feeling of vast space, and they’re beautiful to look at besides. The stained glass windows were initially thought to be ostentatious, but were forgiven for the fact that they portray biblical stories and weren’t simply ornamental.

Situated between the Parliament building and Arthur’s Seat, this science center is the crown jewel in a plan to revitalize the area around it. Opened in 1999, in time for the turn of the millenium, it features explosive exhibits detailing the Earth’s history, its climates, its inner workings and everything in between. Explore the depths of the ocean or learn how volcanoes work. Boasting displays in 3D as well as 4D, visitors can interact with dinosaurs, take a jaunt through a tropical rainforest, or watch the Northern Lights from the tip of an iceberg.