Frankfurt, or Frankfurt am Main, is the largest city within Hesse, one of the German states. In the entire country, it is the fifth largest and this fact combined with its rich history means that there are plenty of things to do while there. Many people consider Frankfurt to be the most international of all German cities, providing attractions from all cultures. Many of the things to do, however, focus on enjoying the rich history and culture of the city itself. Following is our pick of the top 10 best places to visit in Frankfurt.

The Römerberg literally translates to “Roman Mountain” and this is the name given to the historic center of Frankfurt. This is one particular square within the Old Town (Altstadt) and most visitors choose to stop here first when visiting the city. There are occasional fairs held in the square which attract visitors from near and far, including the Frankfurt Book Fair. The Ostzeile, or eastern area of the square, features gorgeous reconstructions of houses from the 15th and 16th century. The Fountain of Justice is also within the Römerberg. 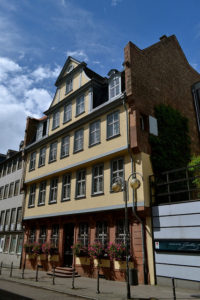 As one of the most famous German writers, people around the world have heard of Johann Wolfgang Goethe. He was born in the building now known as Goethehaus on August 28, 1749 at exactly noon. You can visit the house and take a tour which covers every floor in order. There is also an exhibition inside the home that details the history of the residents and the house itself.

The Alte Oper, or Old Opera House in English, was officially inaugurated October 20, 1880 following construction that took seven years. It was damaged severely during WWII, but reconstructed before reopening in 1981 to serve as a concert hall. The interior is modern, while the exterior retains its original look. Originally, the building was 34 meters tall and housed the Imperial Staircase and a large auditorium with room for over 2,000. It is in this opera house that many famous works premiered, such as Carmina Burana by Carl Orff. 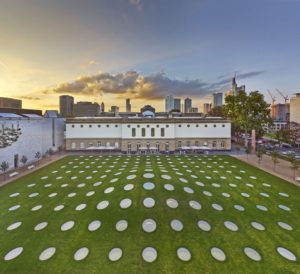 This art museum’s official name is Städelsches Kunstinstitut und Städtische Galerie and it holds a collection that ranks among the most important in the country. The museum opened in 1815 to be a civic foundation thanks to Johann Friedrich Städel and it is considered the oldest museum foundation in Germany. The Städel Museum houses 700 years’ worth of European art, ranging from the 14th century onward. The collection includes over 100,000 prints and drawings, 4,000 photographs, 600 sculptures, and 3,000 paintings.

The Senckenberg Museum holds the title of being one of Germany’s biggest Natural History Museums. It shows evolution of various organisms, recent biodiversity, and how the planet has changed throughout millions of years. The museum includes recent scientific findings in all major areas, including geology, paleontology, and biology. Some highlights include the anaconda, an original triceratops skulls, and Lucy, the oldest complete skeleton. The Senckenberg Museum is open daily, with some limited hours on specific holidays and they are part of the Frankfurt-Pass which gives you discounted entry.

The Main Tower is the biggest eye-catching element in the Frankfurt skyline and is the financial center for Germany. Despite its financial offices, banks, and other related items, there are also gorgeous views, delicious restaurants, and cultural highlights. You can enter the building for a few Euros and this allows you to take advantage of its gorgeous views of the entire city. There is also a souvenir shop and restaurant. You can even host special events in Main Tower if you plan ahead. 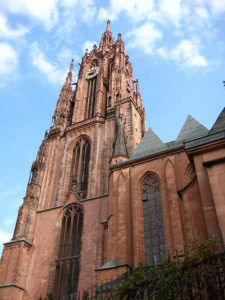 The Frankfurt Cathedral, or Frankfurter Dom in German, is officially called the Kaiserdom Sankt Bartholomäus, indicating its dedication to Saint Bartholomew, although it is also considered an Imperial Cathedral. This Roman Catholic Church is in the Gothic style and right in the center of the city. This was the site where kings were elected starting in 1356 with ten monarch having their coronation on site from 1562 to 1792. The current Frankfurt Cathedral is the fifth in its location, with others being built in 680, 852, 1239 (which was expanded in 1260 and 1415), and shortly after the fire in 1867. In addition to the cathedral itself, you can also visit the medieval cloister and museum. 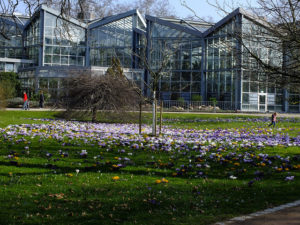 The Palm Garden was founded in 1868 and the largest botanical garden of its type within Germany. It was financed privately by Heinrich Siesmayer, an architect and it opened to the public in 1871. You can easily find your way around the garden as exhibits are arranged by origin. There are subtropical and tropical plants and you will find areas in climate-controlled greenhouses as well as the open air. The motto of the Palmengarten is “Plants, Life, Culture” as you can find all three within the garden. The permanent botanicals are supplemented by regular concerts and music performances, so check the schedule when you are in Frankfurt. 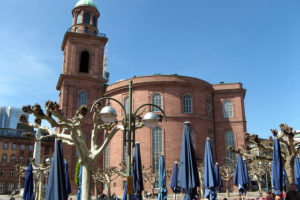 This church was consecrated in 1833, making it the key Evangelical Lutheran church within the city center. At the time, the central red sandstone building was the most modern and largest hall in the city, which is why the first completely German Parliament met here. This is where the National Assembly produced Germany’s first democratic constitution. In 1913, it became a memorial site and was completely destroyed in 1944 during the World War. Reconstruction began after the war with consecration taking place May 18, 1948. Renovations between 1988 and 1991 created the building you can see today. You will also find occasional special exhibits on site. 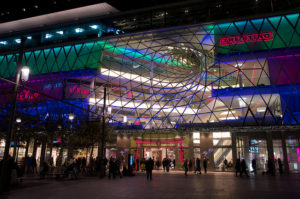 If you want to go shopping while in Frankfurt, then your best choice is to head to Zeil, the most popular area of the city for shopping. This is the home of many major department store chains in addition to specialty shops. While walking along the Zeil, stop at the Zeilgalerie and visit the viewing platform on the top. It will give you a view of the skyscrapers as well as the rest of the city plus the Taunus Mountains. There is a pedestrian zone outside as well as cafes, restaurants, and snack bars. There is also a farmer’s market on Thursdays and Saturdays that is worth a visit.